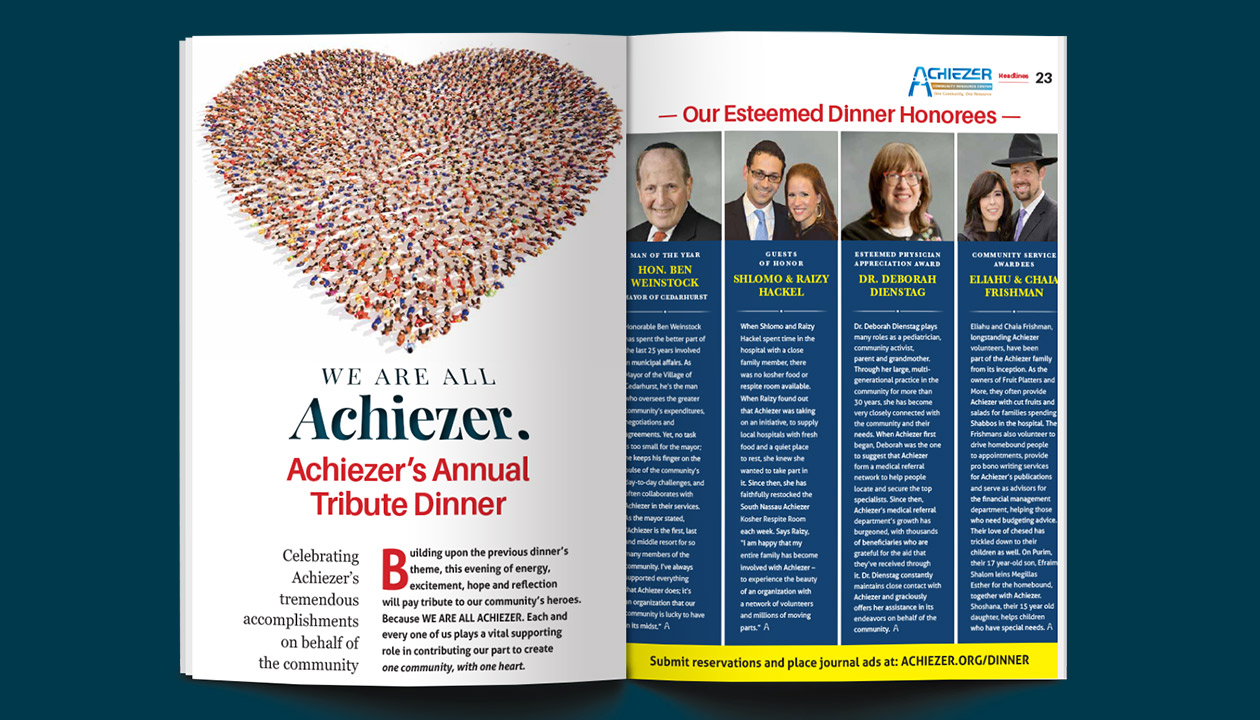 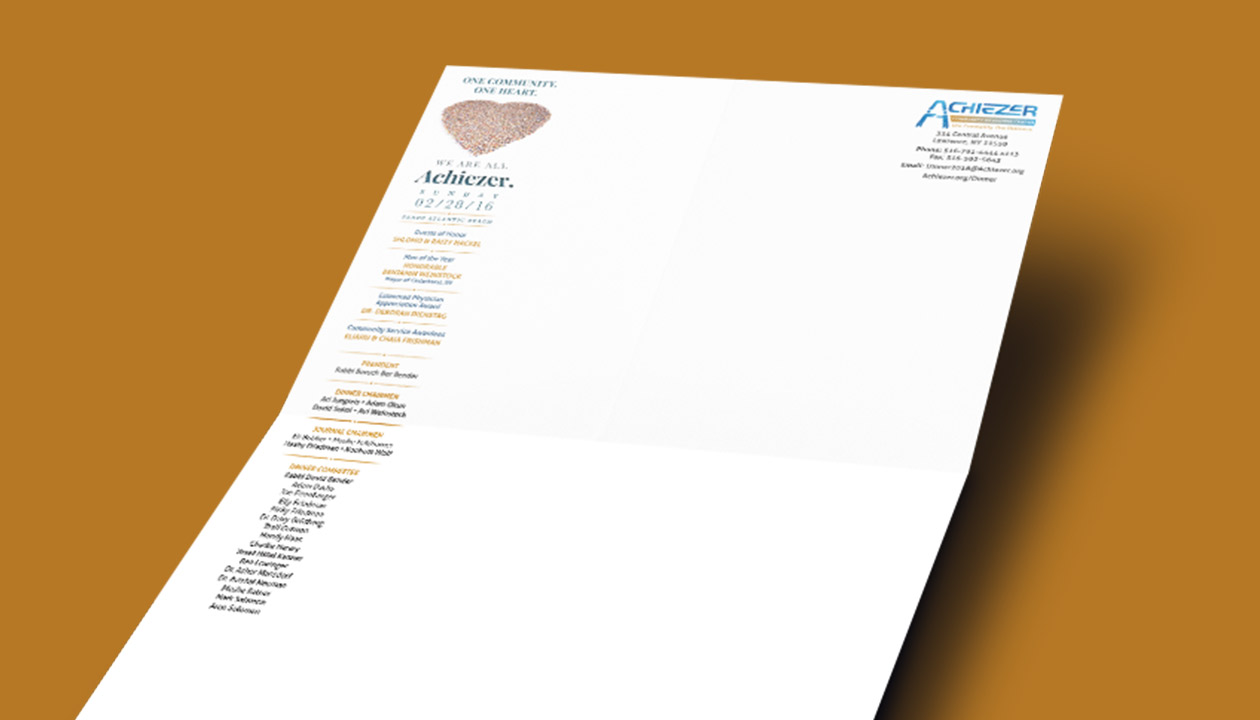 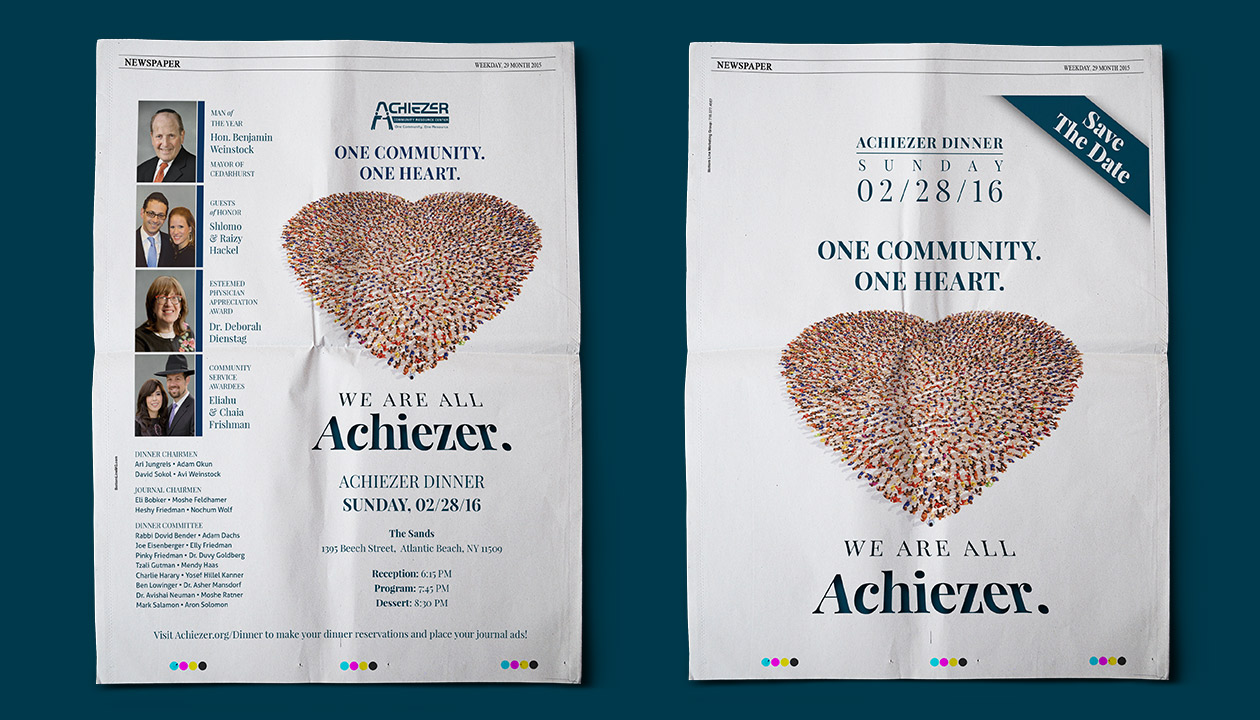 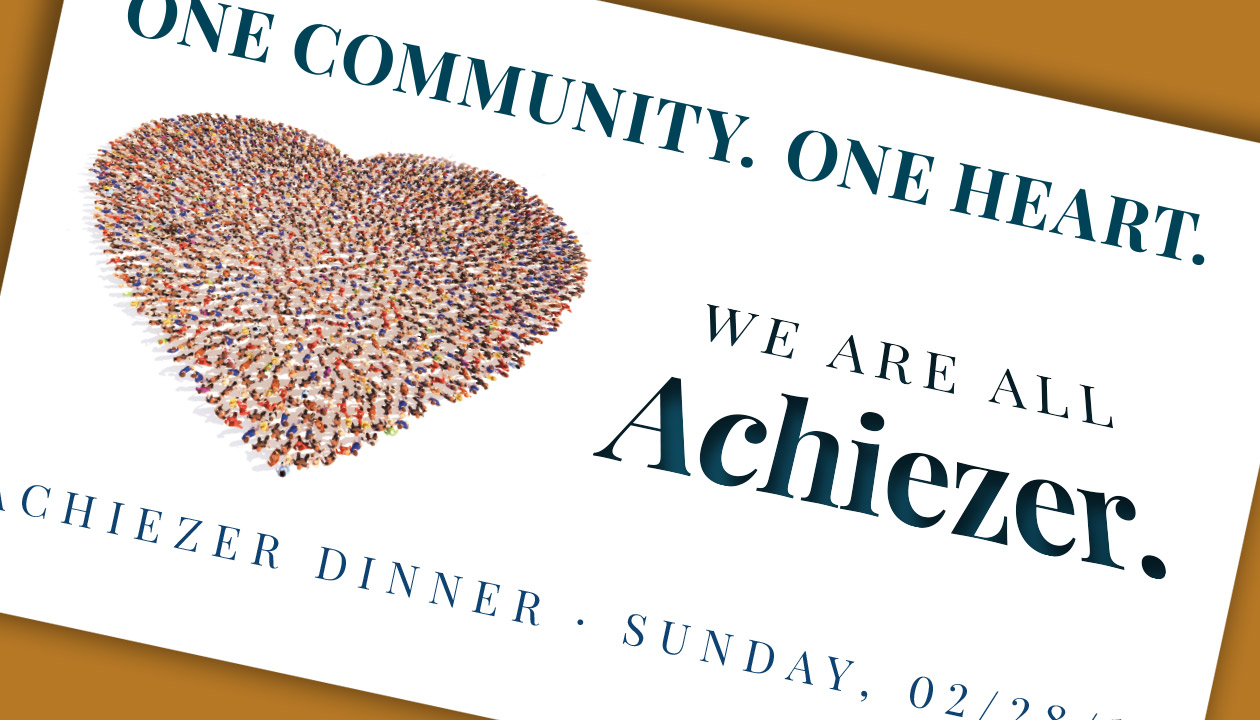 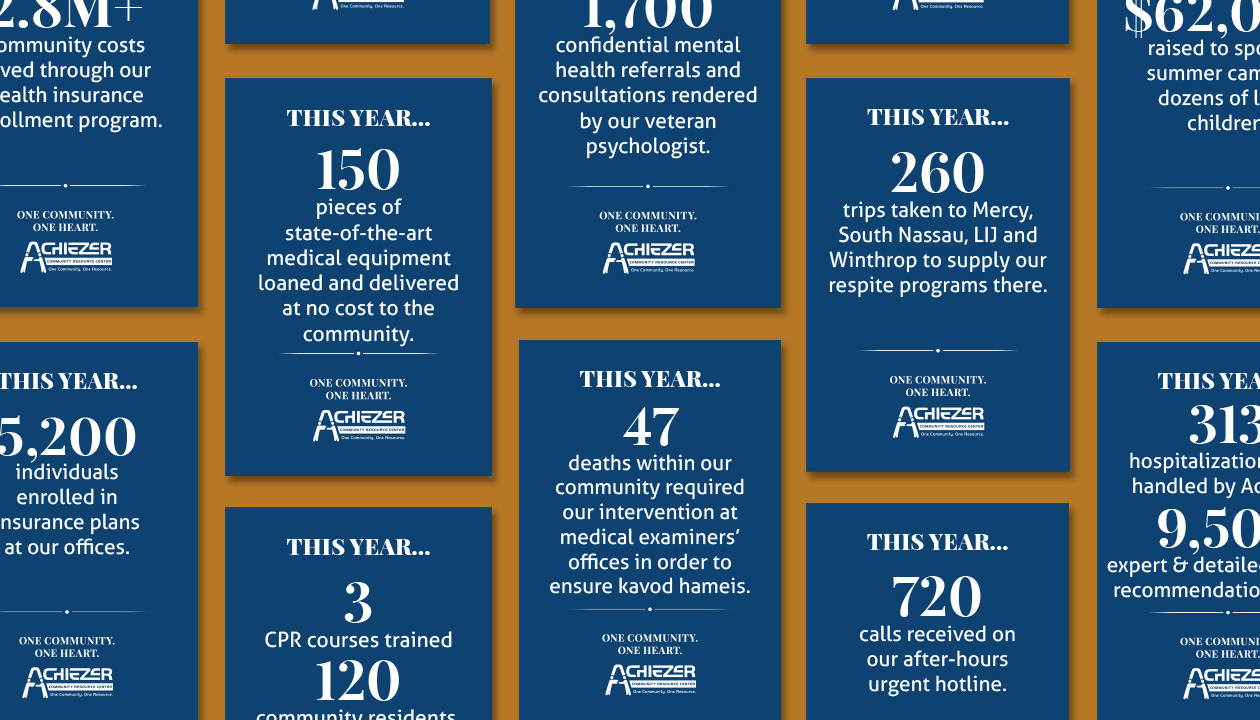 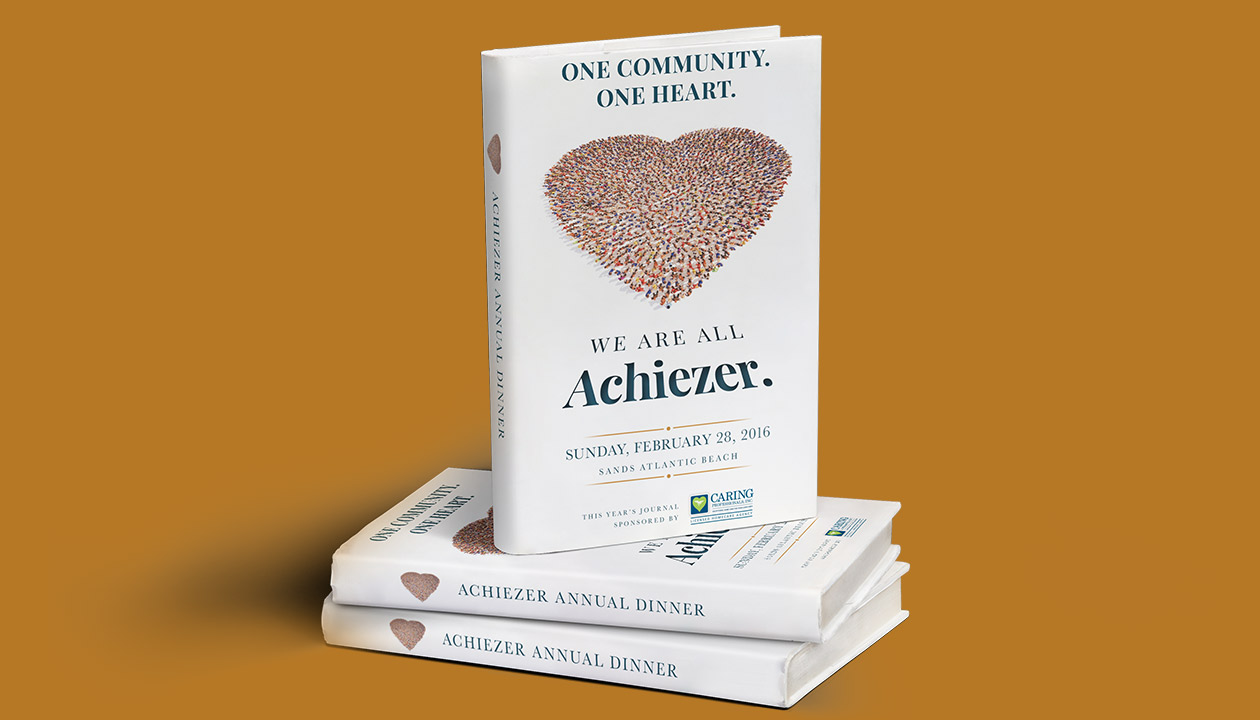 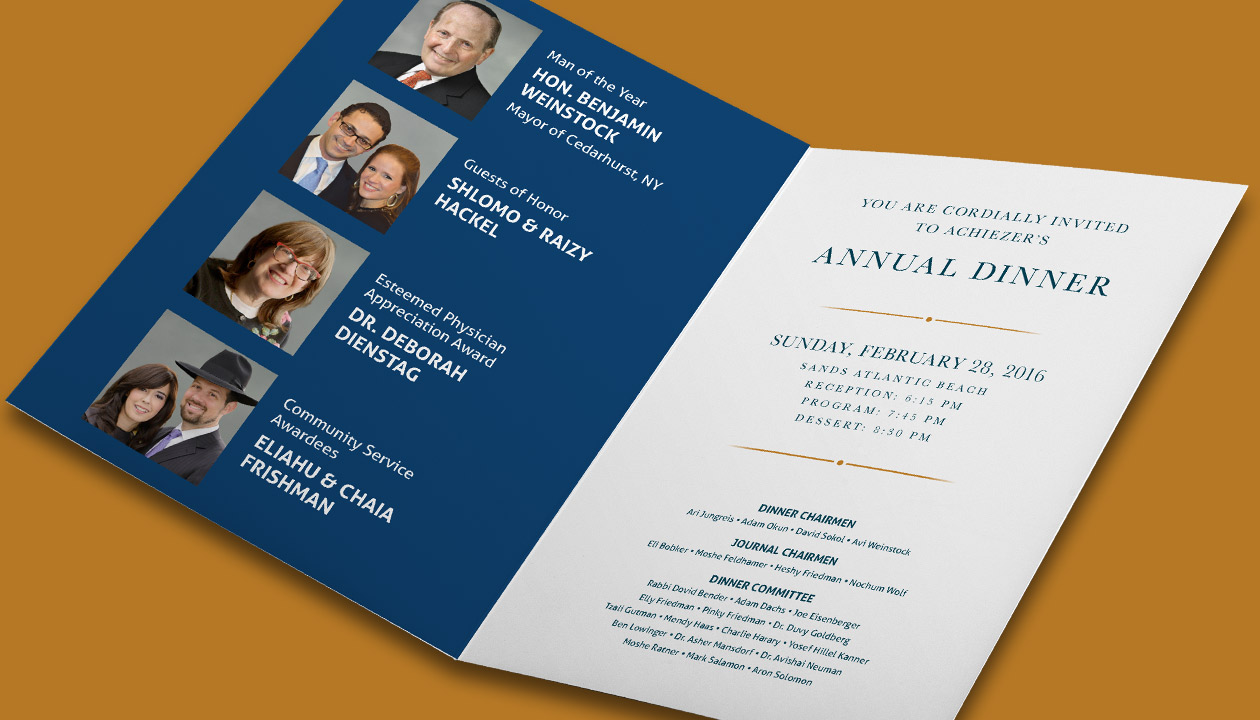 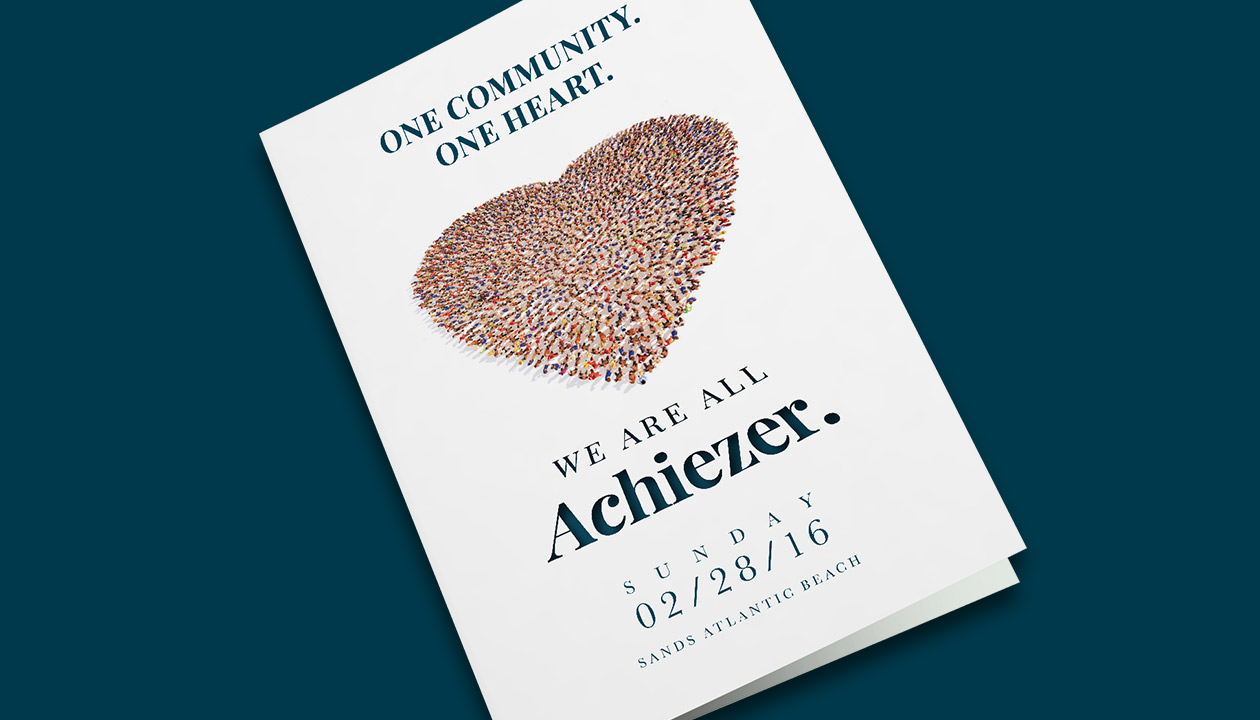 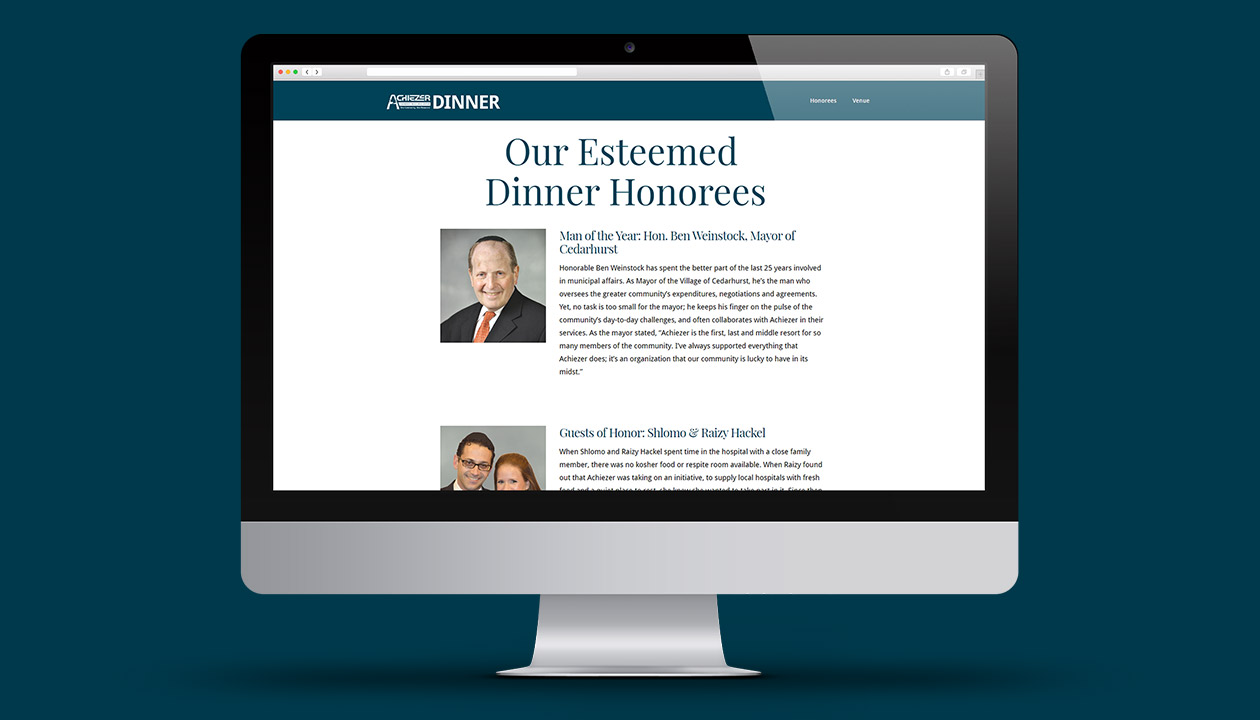 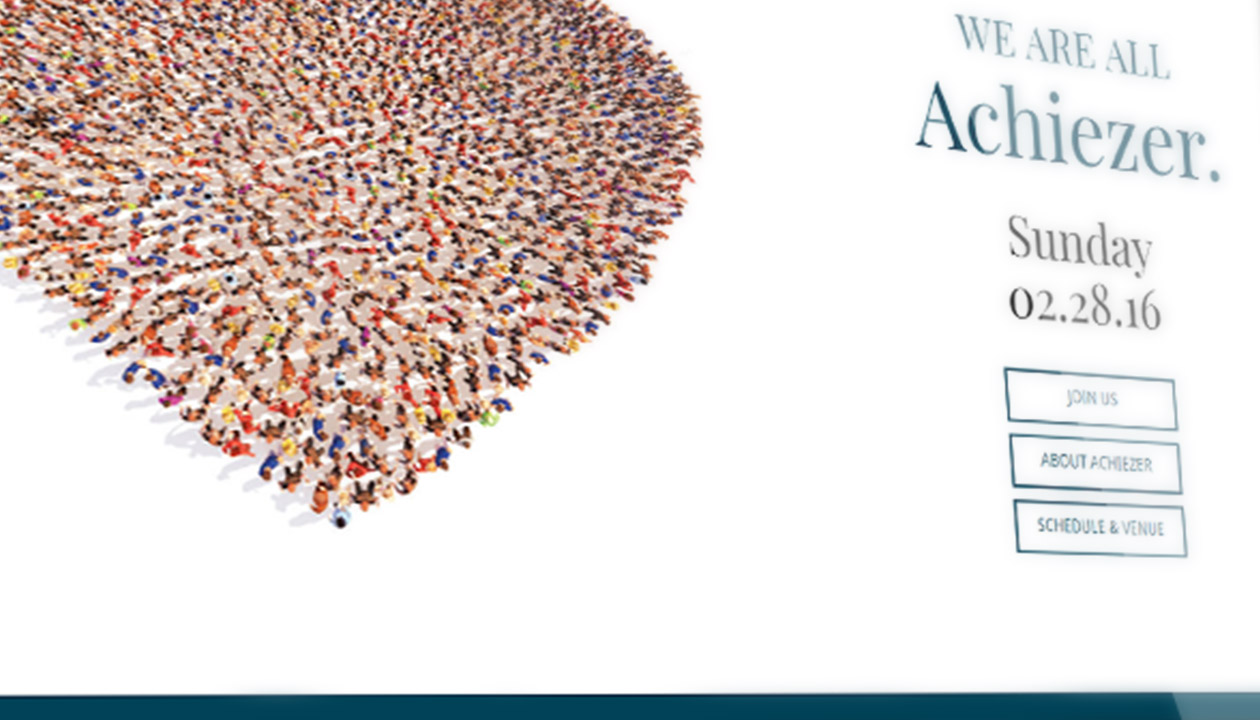 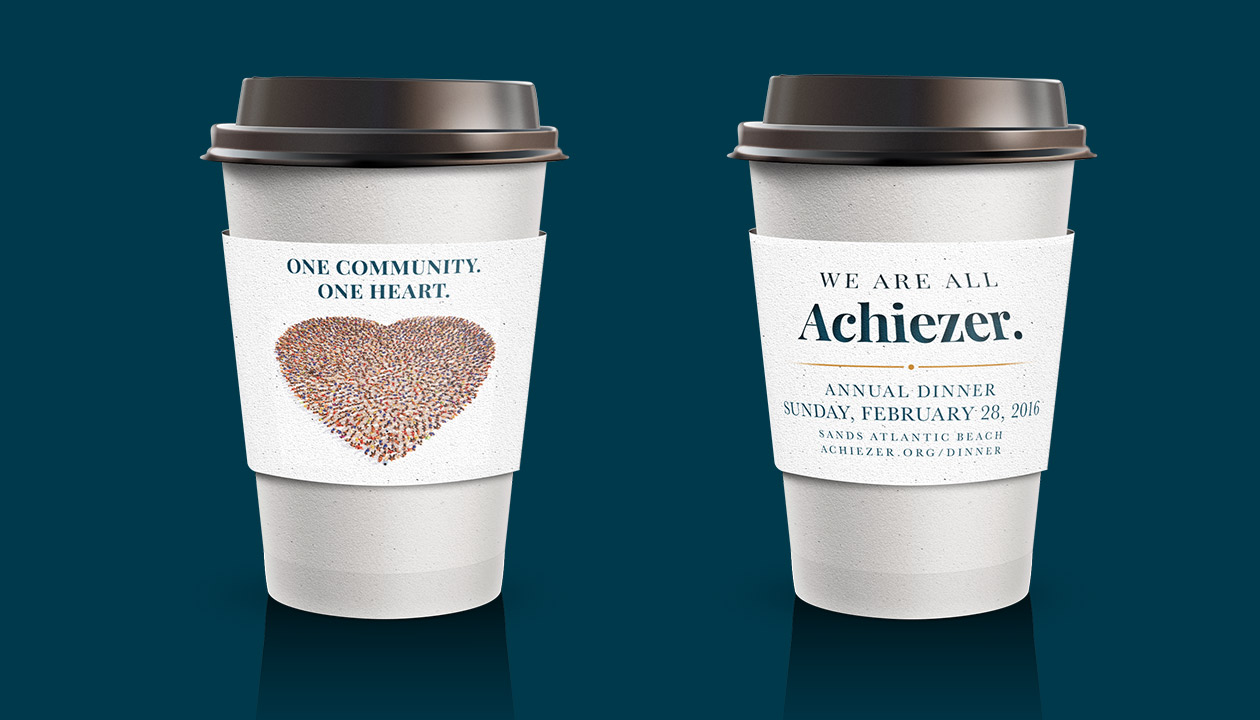 Since its inception just a few years ago, Achiezer has gained repute as the premier umbrella organization serving the Far Rockaway/Five Towns community. They entrusted BLMG with the mission of developing their entire dinner campaign from concept to completion.

Using creative edge to sift through ideas and emotions, coming up with a winning concept.

Showcasing Achiezer’s tremendous work and fostering momentum and anticipation for the big event.

Writing, designing and coordinating the sending of ad blank packages to invitees.

Developing, creating and laying out the individual letters from the organization and each of its honorees.

A teaser video produced by our in-house video team helped build excitement around the big day.

Shortly before the big day, the Far Rockaway/Five Towns coffee sleeves were decorated with a sea of Achiezer.

Creating the identity and template for the dinner journal enhanced and augmented its impact.