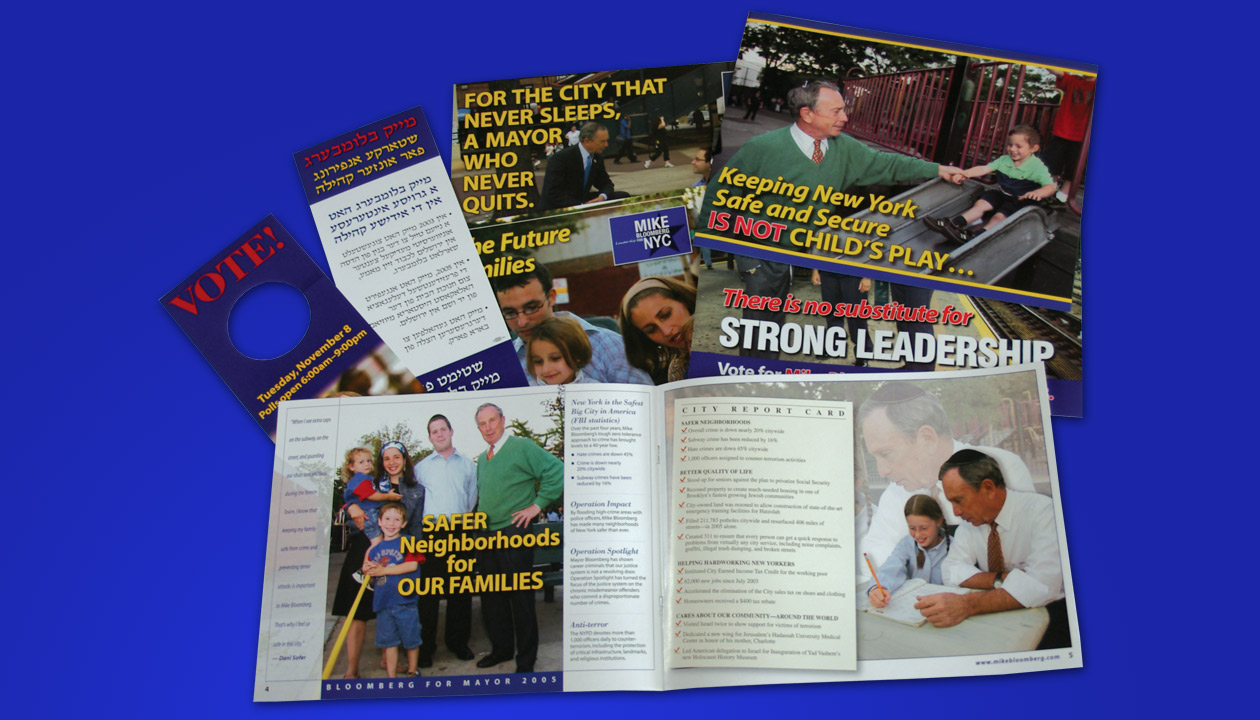 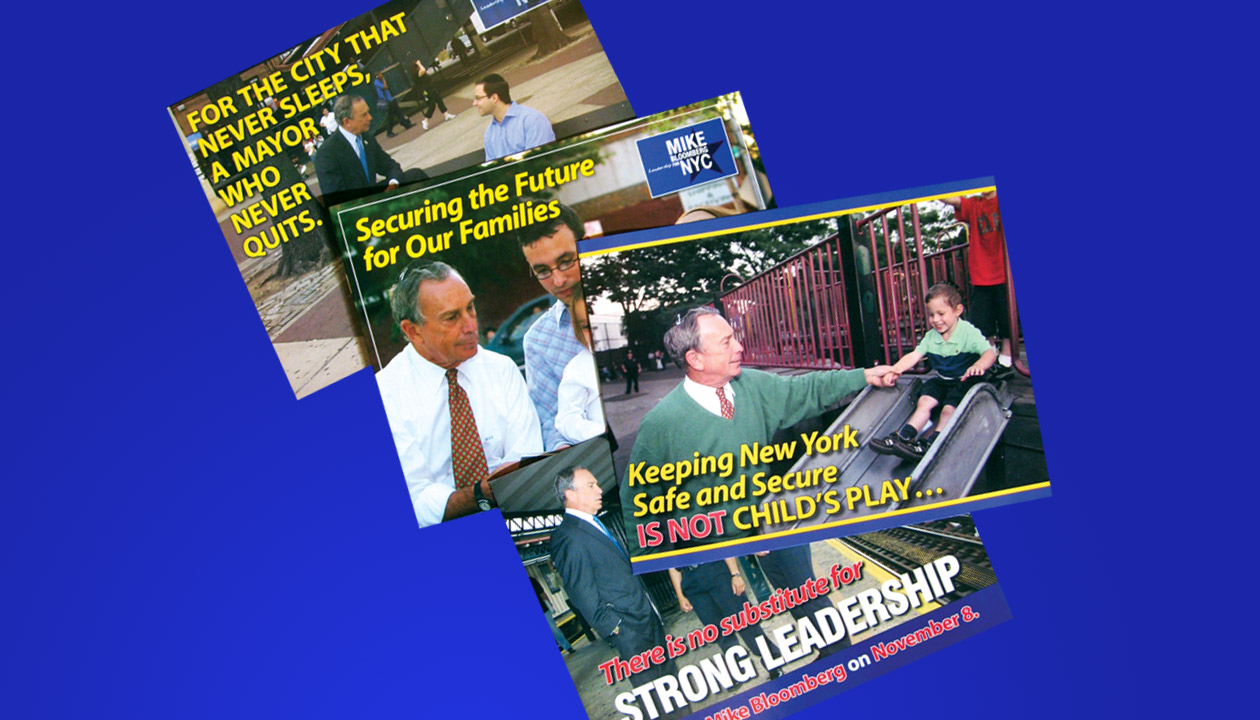 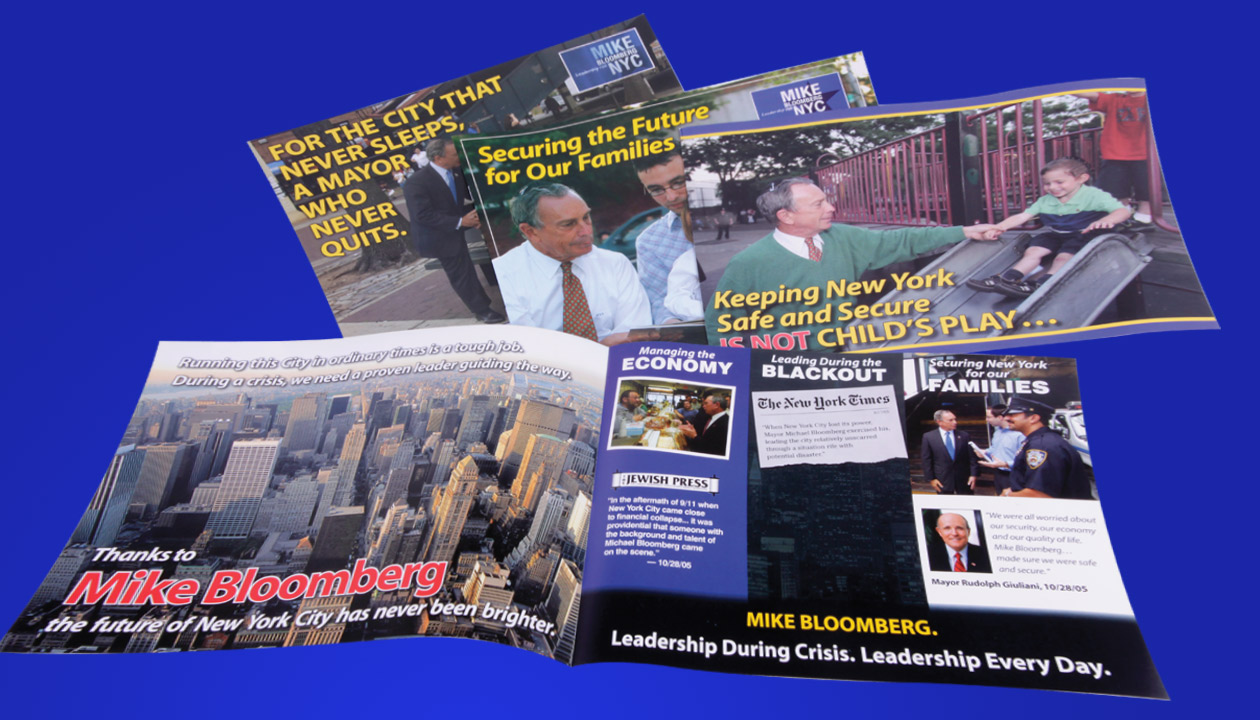 The Challenge (What our client needed)

When is helping a billionaire earn a dollar a year considered a good return on investment? When that billionaire is Michael Bloomberg who makes an election year promise to accept a one dollar annual salary if elected Mayor of New York City. Our job was to help him keep the job by playing a key role in securing the Jewish vote.

Our Strategy (What Bottom Line did)

Using our extensive knowledge of voting patterns and demographics within the community, our first step was to identify the important issues (e.g. crime, terror, jobs, etc.) and develop an effective message; “Don’t Take Things for Granted.” We directed a photo shoot of the Mayor to capture the broad support behind the Mayor and the Mayor’s support for the community. The message and pictures were incorporated into GOTV campaign materials, consisting of a targeted direct mail campaign, door hangers and palm cards.

The Result (How the client benefited)

Election results showed that a higher percentage of Jewish voters voted for Mike Bloomberg than in the previous election. According to The New York Times, “He [Bloomberg] carried every Assembly district in which Jews predominate.”