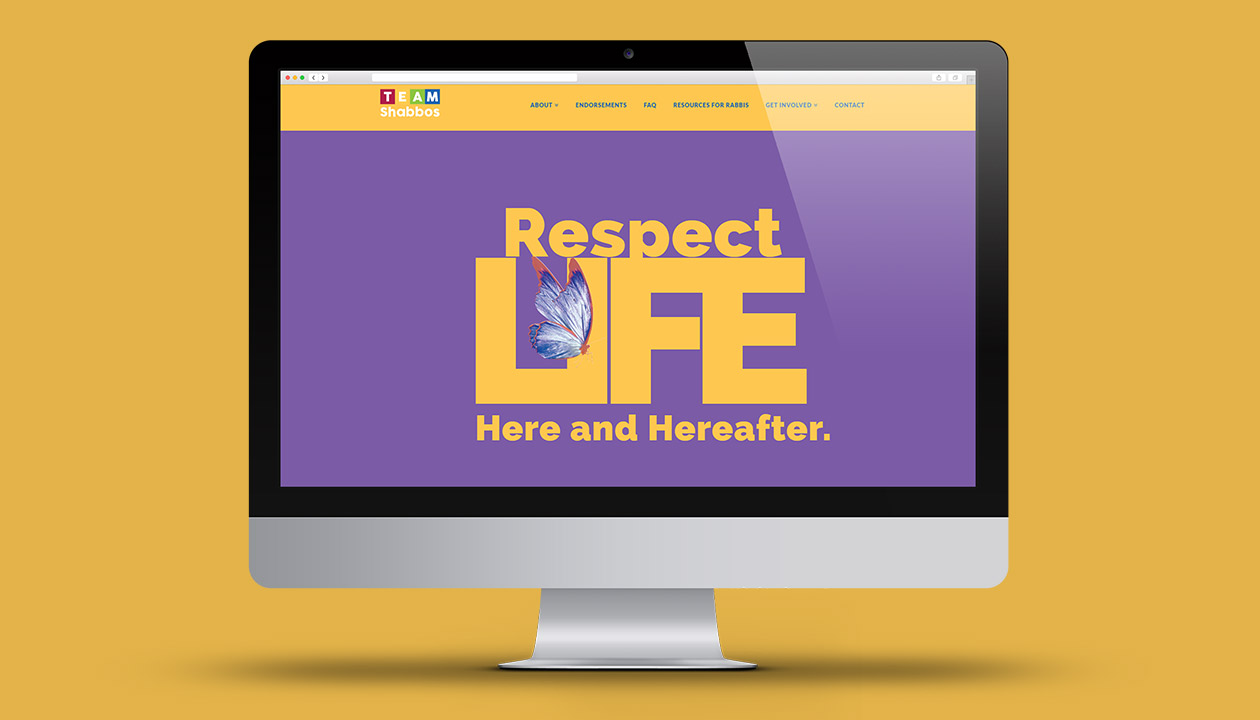 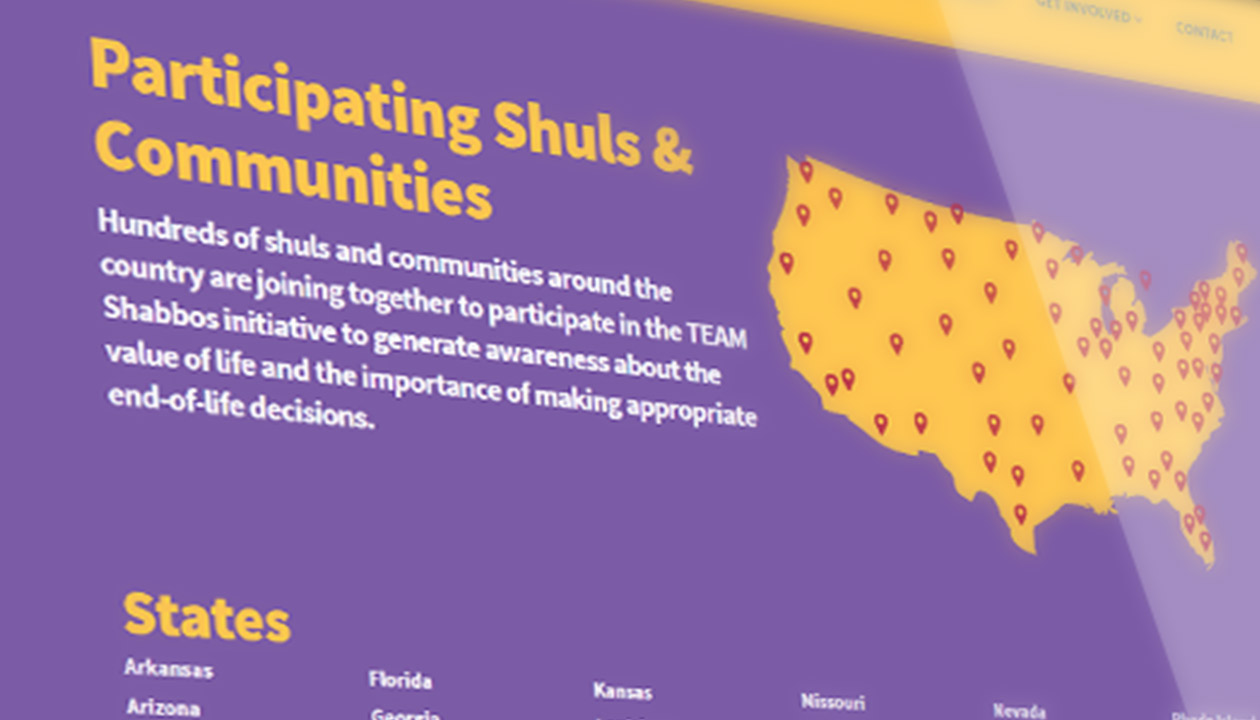 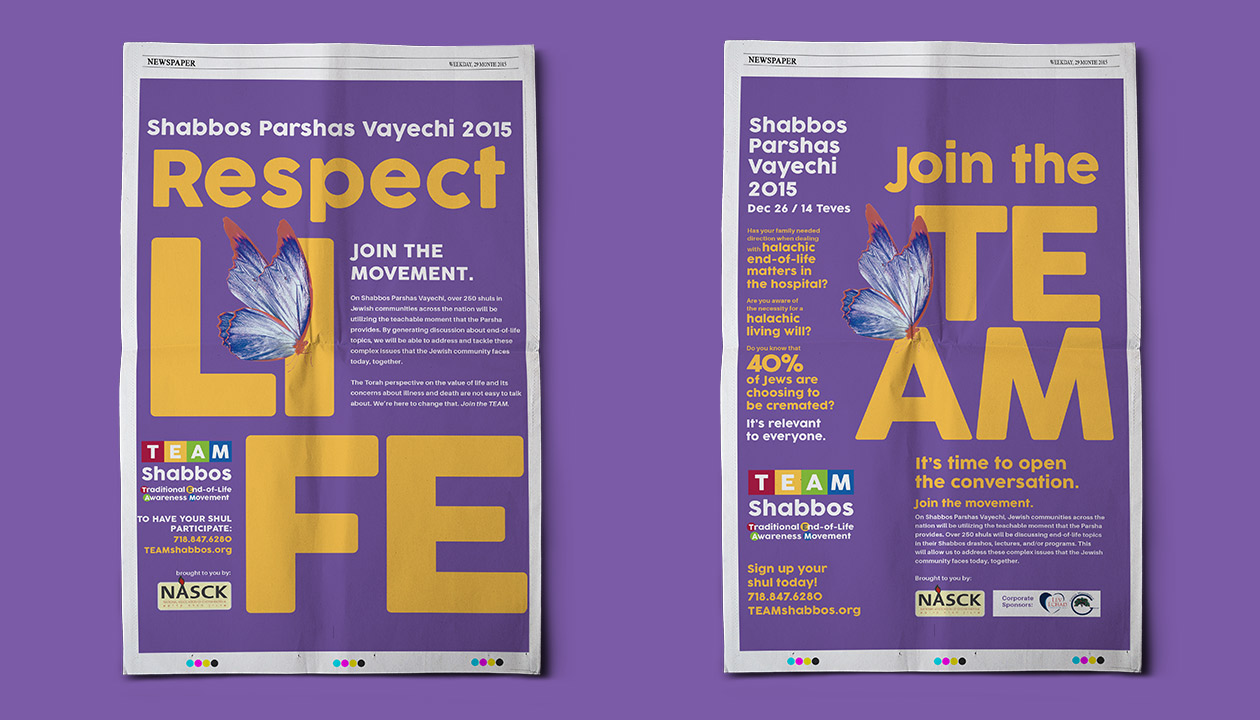 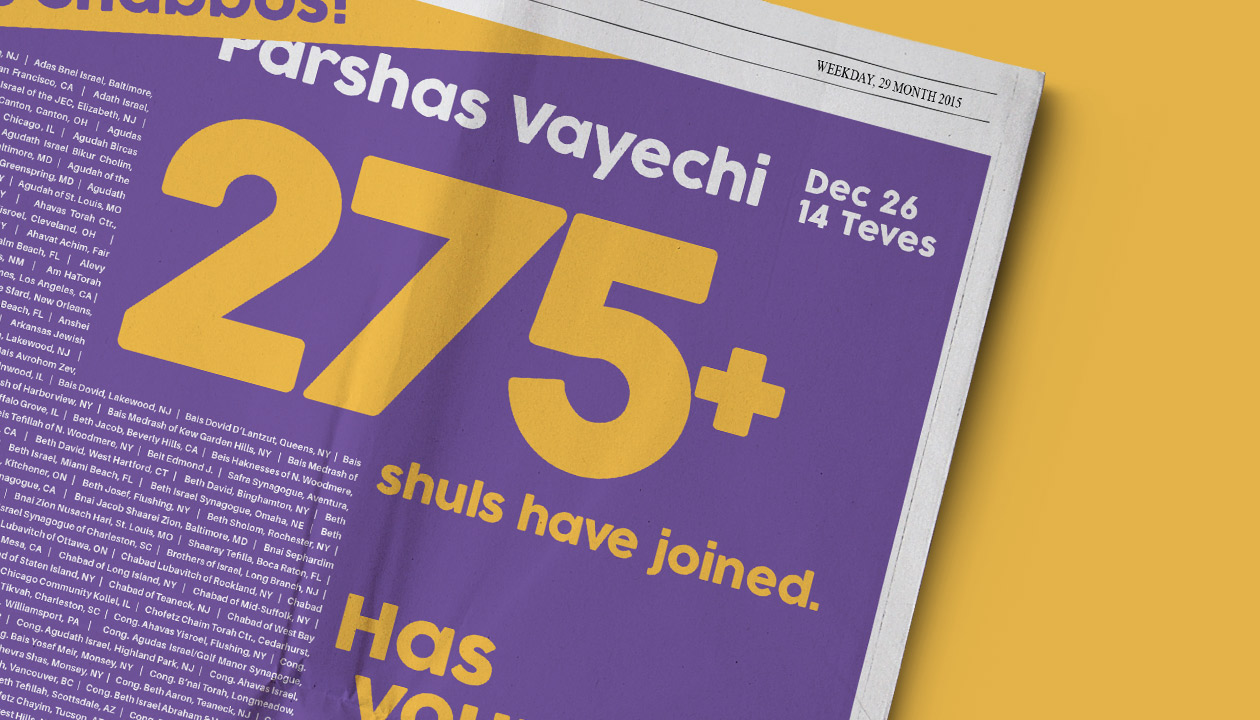 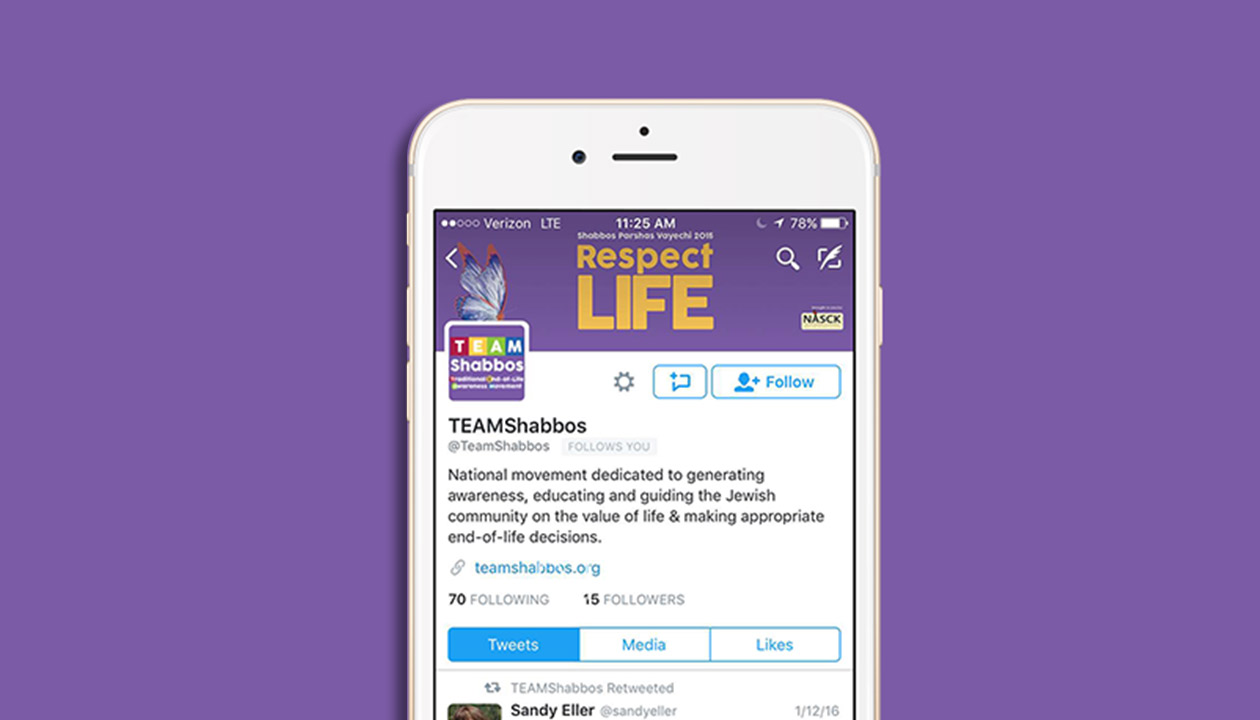 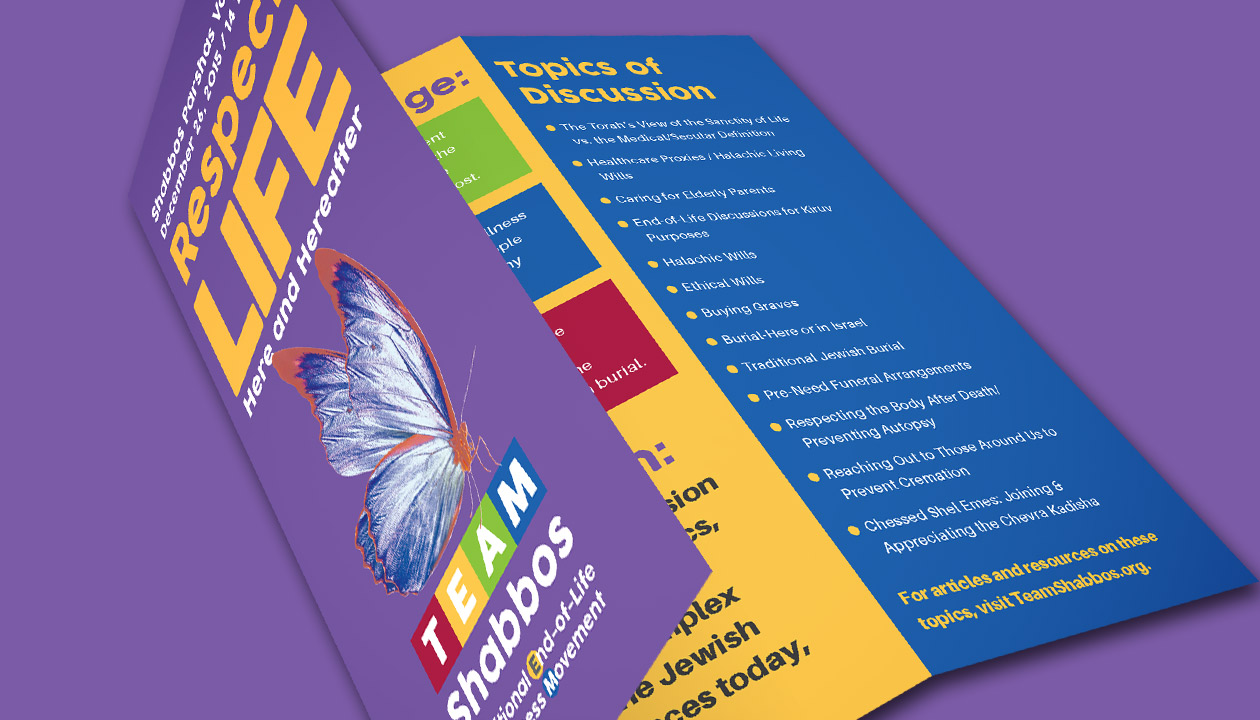 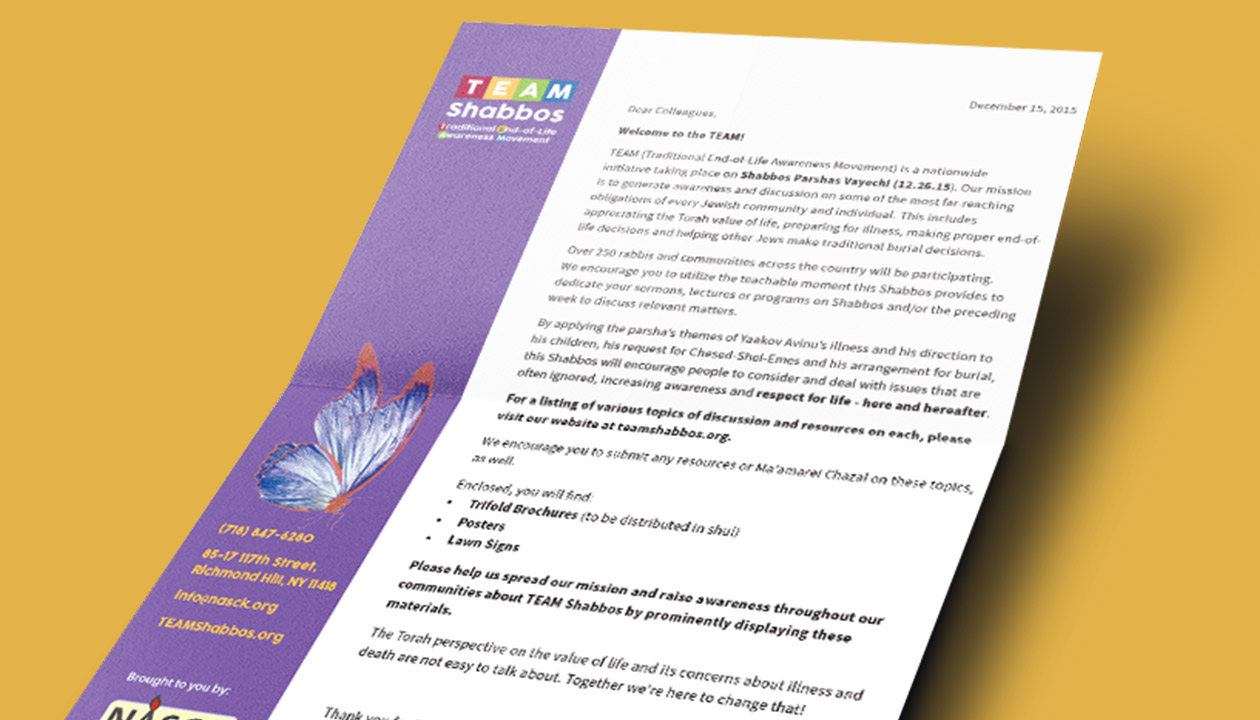 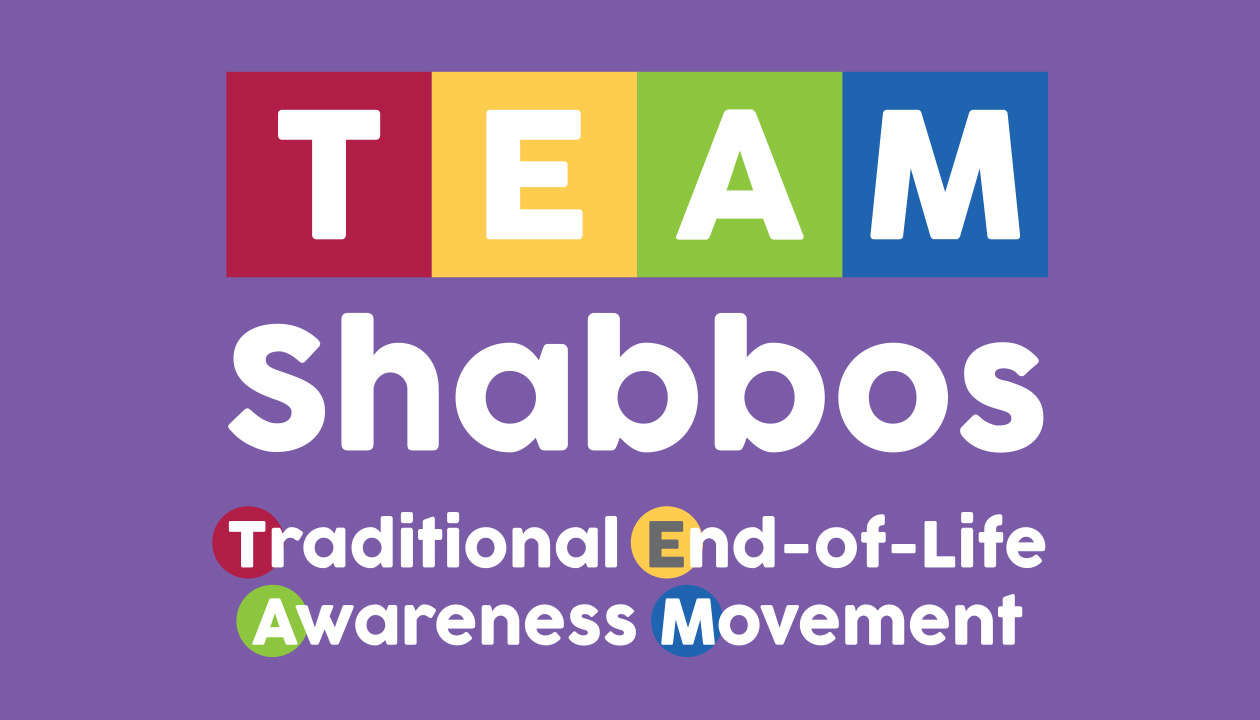 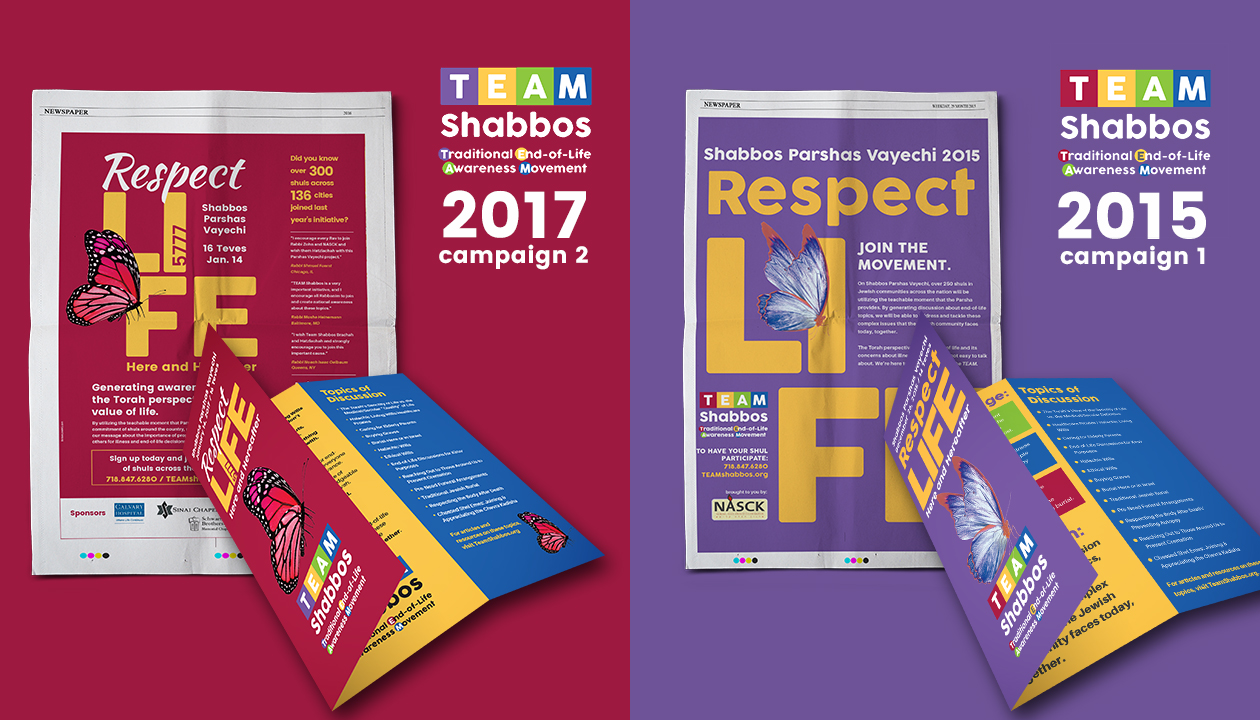 The National Association of Chevra Kadisha is a resource for Chevros Kadisha, Rabbonim and the general public on all issues relating to Jewish Burial. They have solidified partnerships with major rabbinical organizations across the United States.

NASCK sought to create a national movement that would generate awareness about end-of life matters within the Orthodox Jewish community. Shabbos Parshas Vayechi was identified as an opportune time to accomplish this by maximizing upon the teachable moment that the Parsha would provide. Rabbis across the country were to be urged to speak about the Torah perspective on life, illness and death in their sermons that week.

Preparing for illness, making ethical end-of-life decisions and choosing traditional burial choices are not easy topics to talk about. We were assigned the responsibility to change this deeply rooted public perception with a serious marketing campaign.

We drafted a marketing blueprint that defined the goals, challenges and action steps that would arise throughout the campaign. We then crafted a campaign identity awash with bright, bold colors in an almost pop-art style to offset the negativity associated with the cause. Purple was chosen as the main color to serve as a visual anchor for the campaign. A screen-print style butterfly, typographic forms and basic shapes served as abstract symbols and imagery in the marketing materials. The content addressed the issue head-on, urging people to join the TEAM’s national spread and continue the conversation.

Our multichannel marketing campaign was nothing short of super-powerful. To gain traction for this event, we put together a series of print advertisements in over a dozen newspapers and magazines, as well as press releases and email, text and social media blasts and online advertisements. Of course, much of the campaign included providing Rabbis and shuls with information and materials to use. We oversaw the development and distribution of packages to participants including lawn signs, brochures, letters and posters.
Our web design team developed a robust web platform that doubled as a one-stop registration and resource center for the entire TEAM Shabbos campaign. It also featured a moving video created by our in-house animation crew. To top it all off, we secured a radio interview to generate additional publicity for the TEAM Shabbos movement that was broadcasted on JM in the AM, 91.1 FM WFMU.

Close to 300 shuls across the country registered for the event. Rabbi Zohn, the president of NASCK acknowledged, “People didn’t think it would be possible to inject positivity in this campaign’s messaging. You accomplished what we set out to do with incredible precision.”