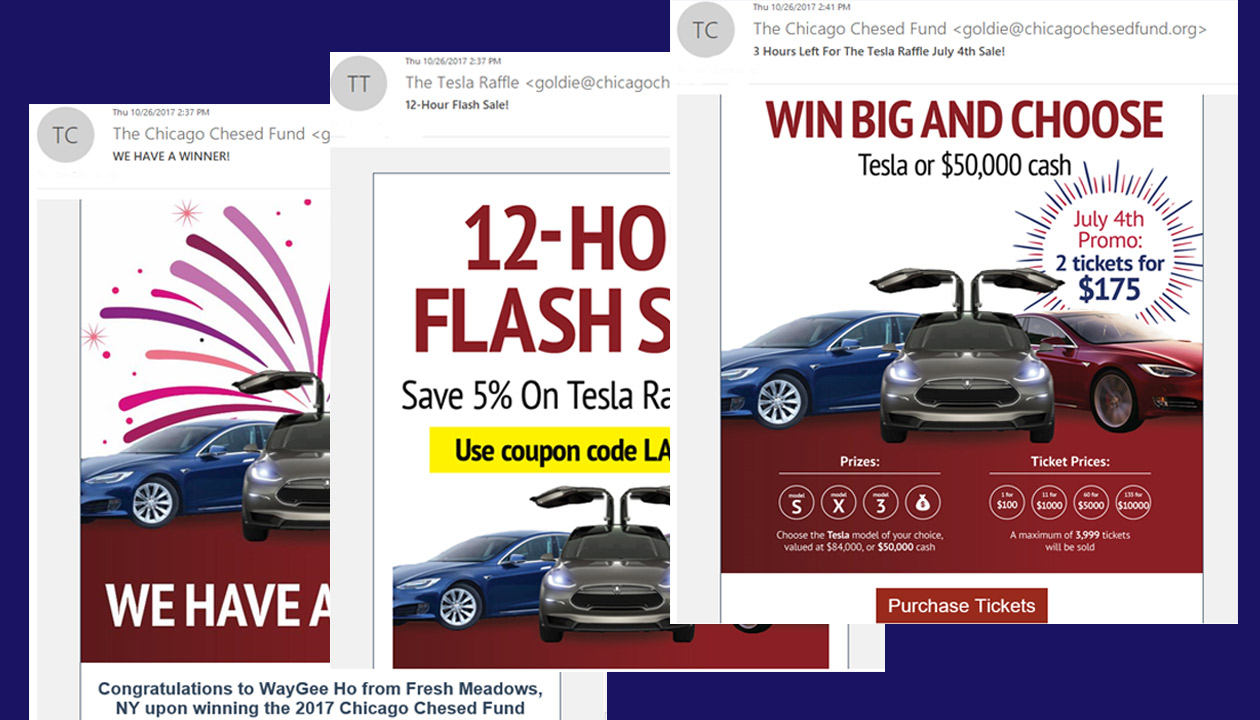 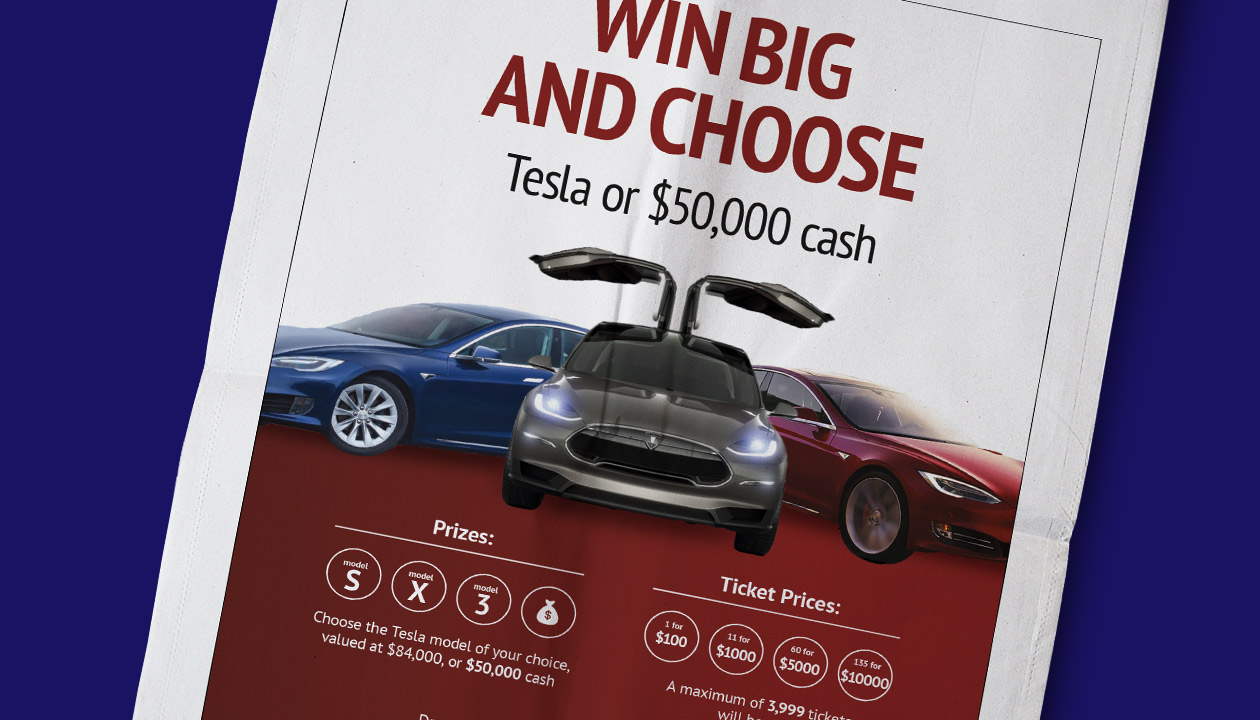 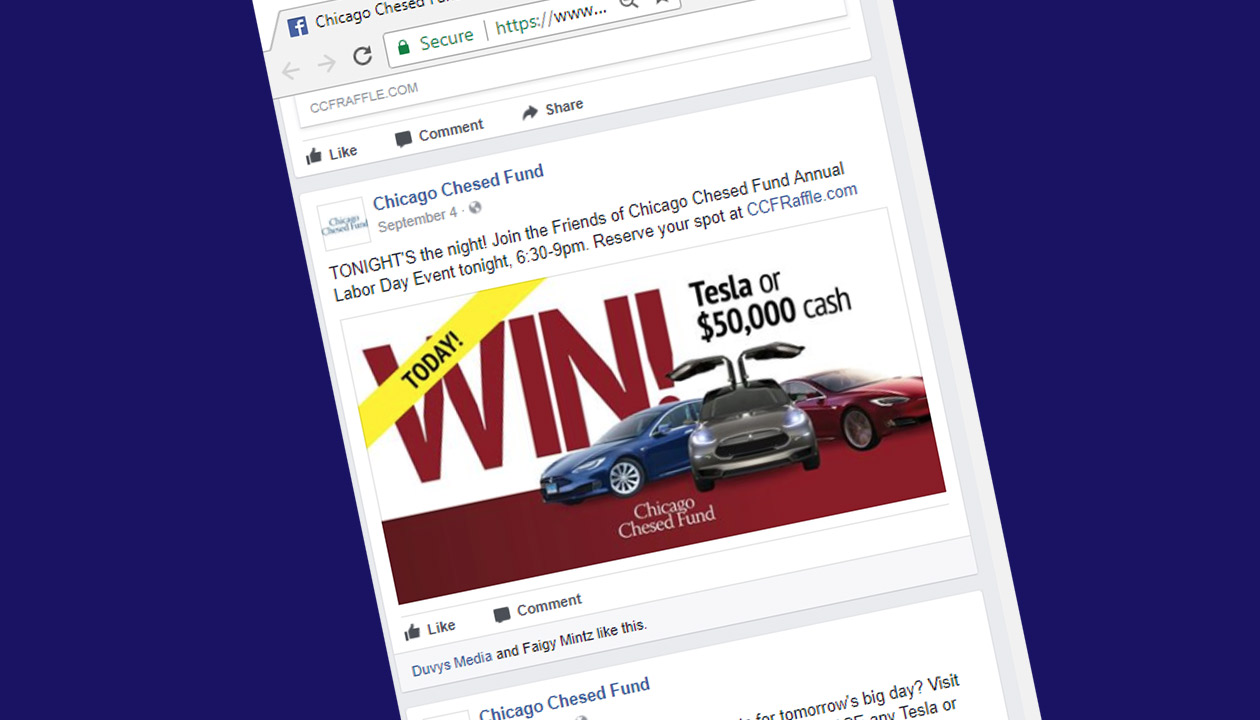 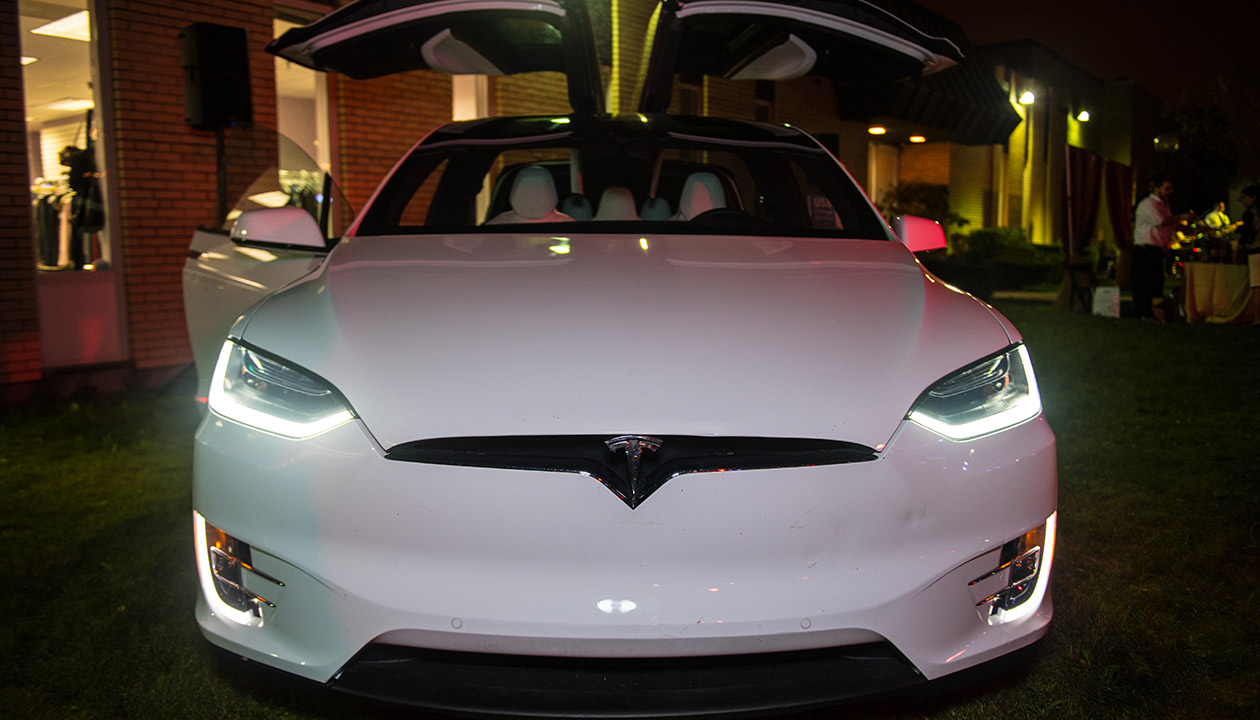 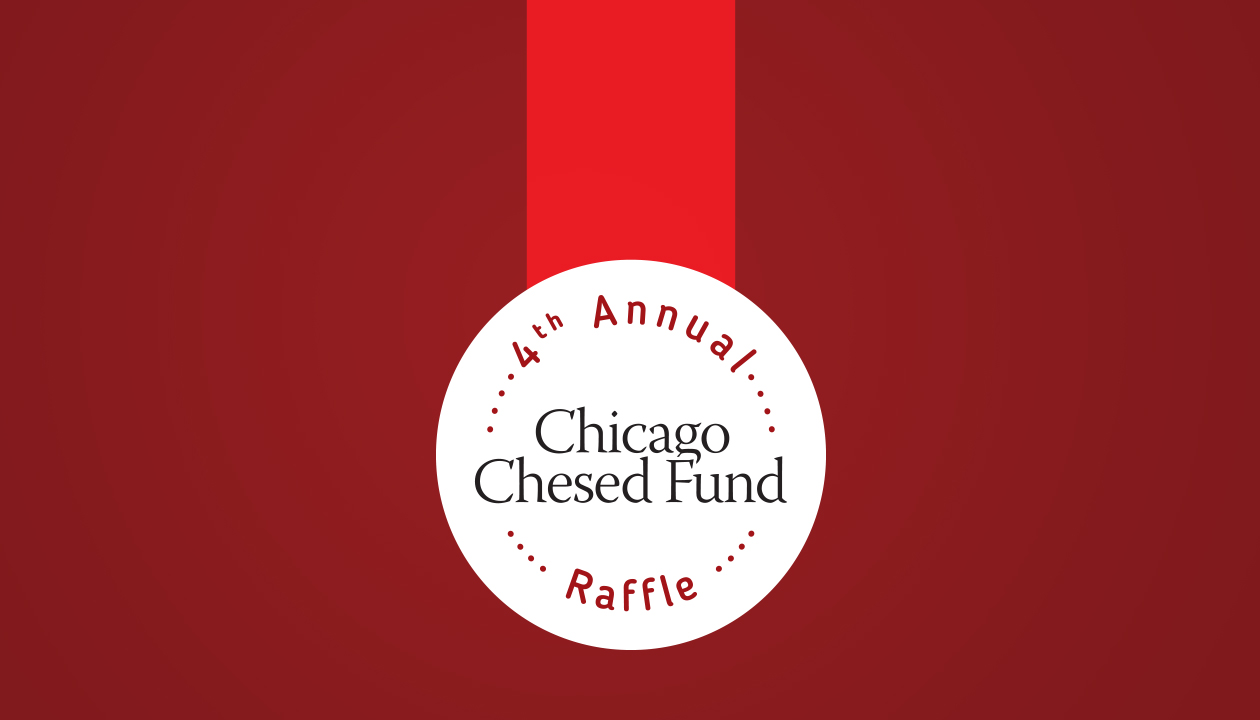 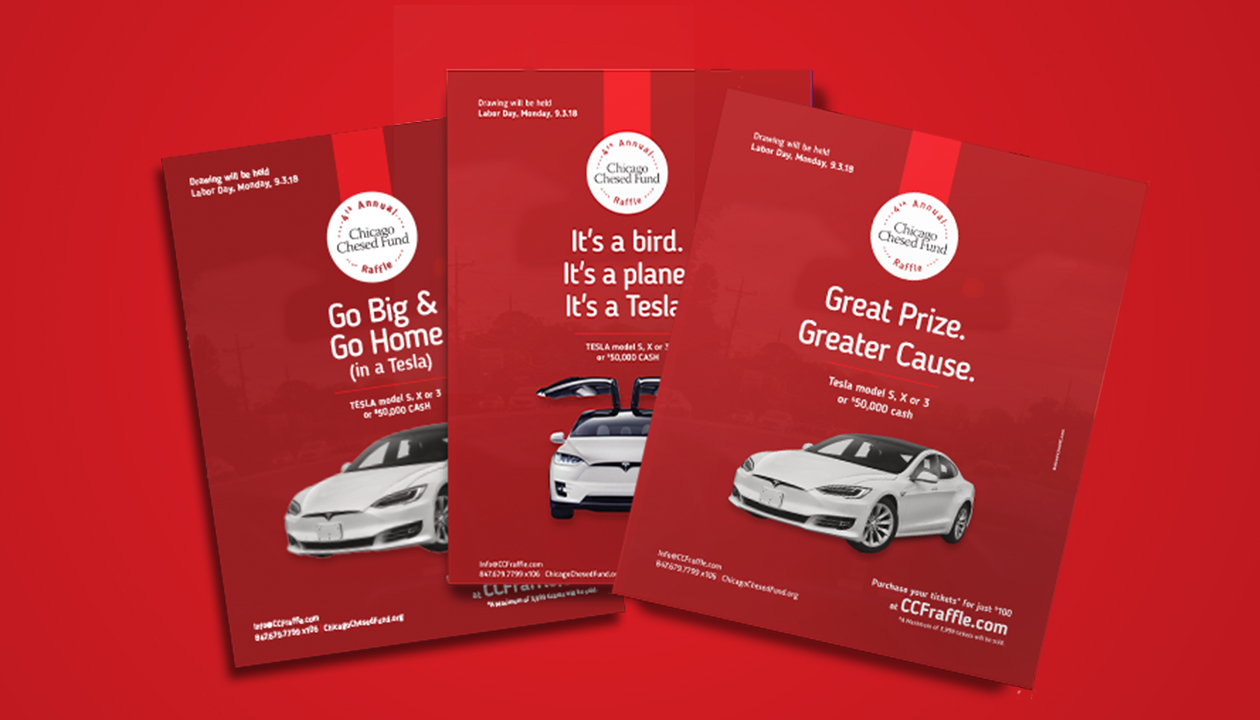 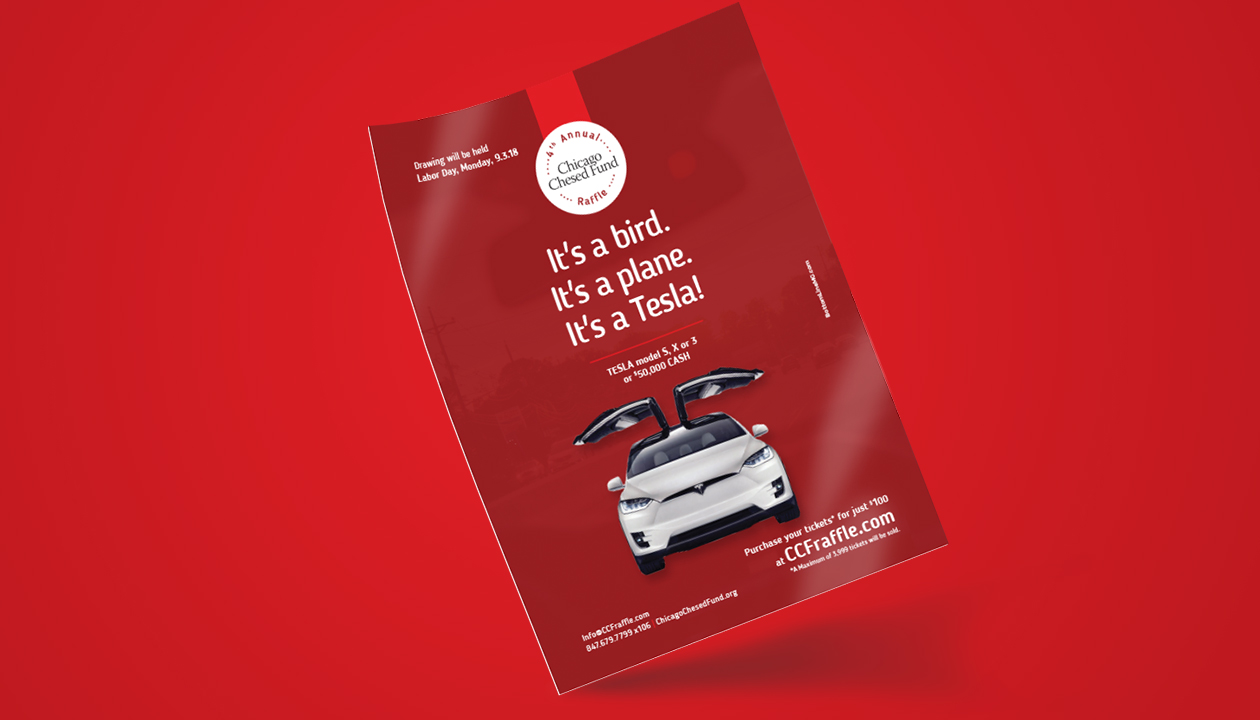 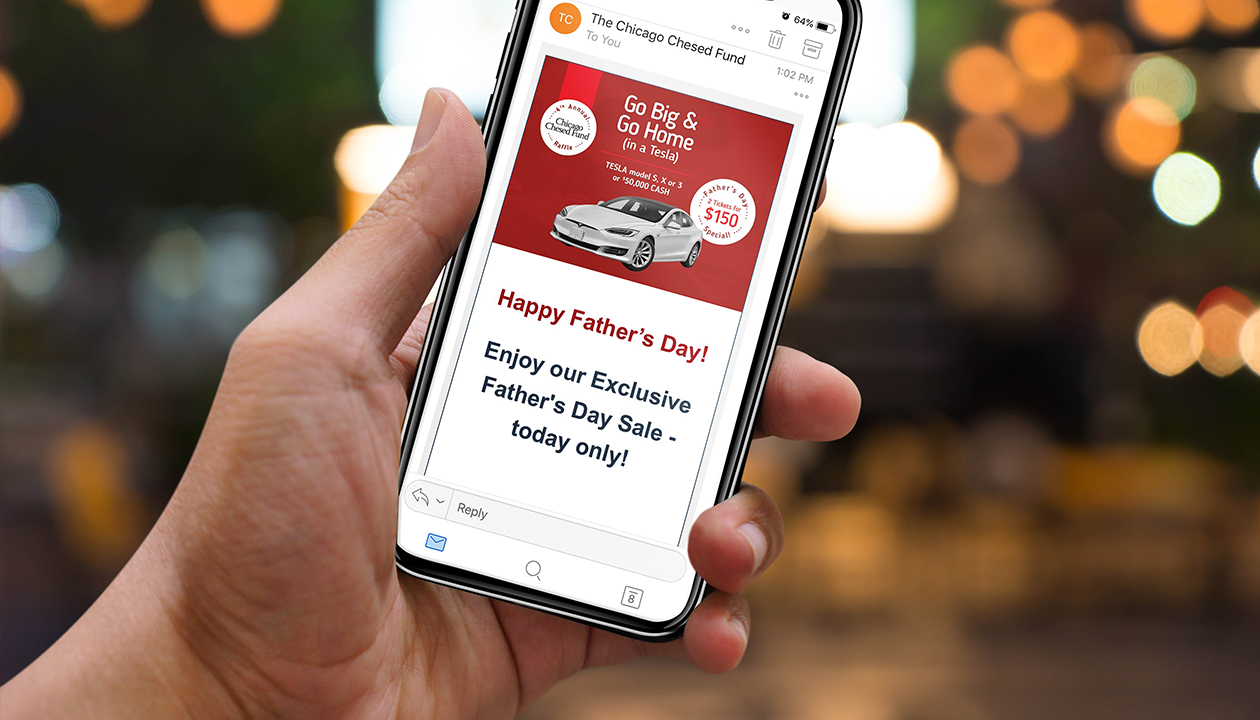 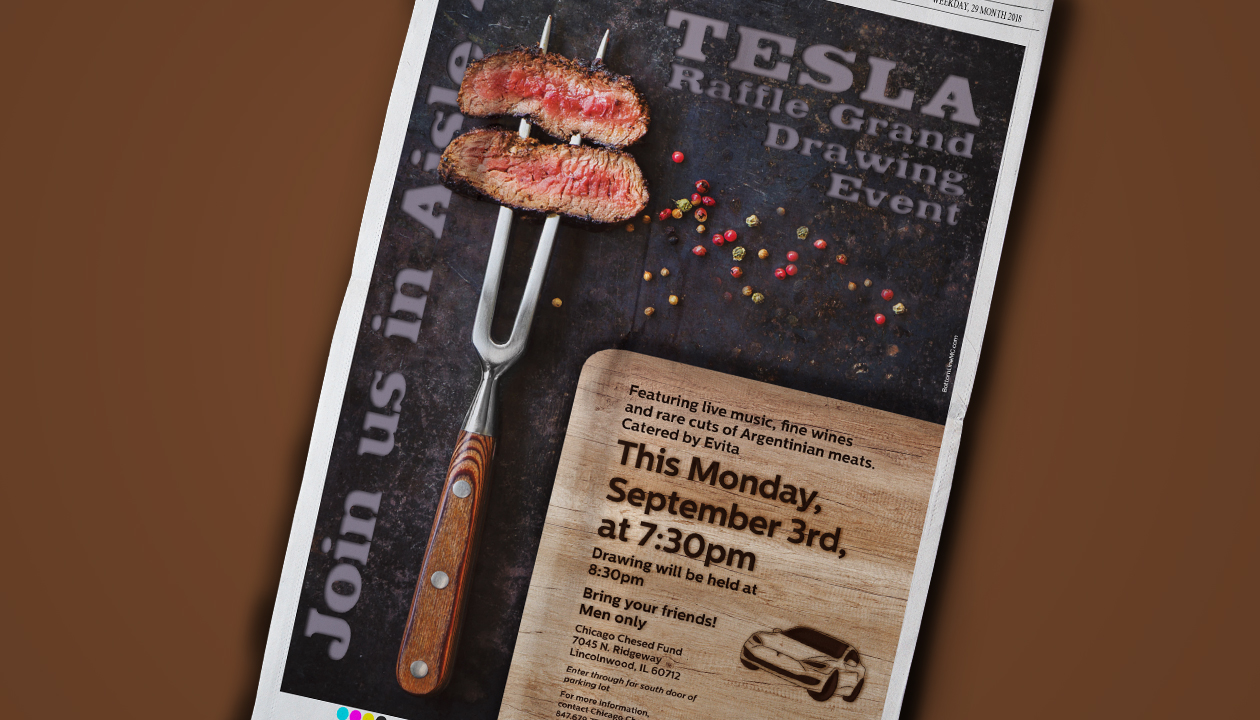 The Chicago Chesed Fund, a nonprofit organization committed to helping Chicago’s Jewish families in crisis. It provides critical assistance in the form of goods, services and financial support in an environment that maintains the dignity and integrity of every recipient.
As a vital community resource with a variety of life-transforming, yet costly services to run, the Chicago Chesed Fund recognized the need to elevate their fundraising efforts to continue providing services, such as a giant Costco-like food warehouse and a 7,000 square-foot clothing department. They recruited Bottom Line Marketing to help guide, oversee, and promote their 3rd annual Tesla raffle and event, a unique fundraising that would see one winner win a brand-new Tesla or $50k cast. While an innovative concept, it had yet to reach its full potential.

Bottom Line drafted a six-month blueprint outlining the campaign and attacking in systematic waves. We aimed to reach more than simply Chicago, but communities nationwide.

Social Media: The months leading up to the raffle we took social media by storm, posting regularly on Facebook, Twitter and Instagram with reminders to purchase tickets, flash sales and more. As the raffle heated up, we ramped up our efforts and communicated daily, financially promoting posts to gain wider reach.

Ads/Press Releases: Throughout the campaign, we produced compelling ads and press releases/articles to draw audiences nationwide. From start to finish, this marketing material was distributed to over 20 national media outlets and sparked a wave of ticket sales from both previous and new buyers. We also produced digital ads published on popular media sites.

eBlasts: We wrote, designed and sent tailored eBlasts to various targeted lists of potential ticket buyers, from previous ticket holders to fresh faces yet to participate. As the campaign heated up, eBlasts were sent more frequently and included flash sales and other raffle details.

Flash Deals: To attract buyers, we strategically offered various flash sales, or discounts on tickets. Our first sale came in the form of a pre-Father-s Day sale, broadcasted exclusively to previous buyers, giving them “first dibs” at this year-s raffle. We then opened the gates to the public, distributing coupon codes via social media, eBlasts and several other media outlets.

Signage: To garner more attention, we produced signage that hit home even outside Chicago. From large truck signs to digital billboards in New York, we wanted to make sure this raffle was noticed by everyone, everywhere.

We greatly surpassed our projected goals and sold a record-breaking amount of tickets in both Chicago and states outside Illinois, with the winning ticket even sold to a solutions architect from Queens, NY. The raffle buzzed through the streets of Chicago, inspiring community members to learn more about the Chicago Chesed Fund. While the chance to win big created a riveting event, the true goal of supporting a life-changing organization resonated with communities nationwide.