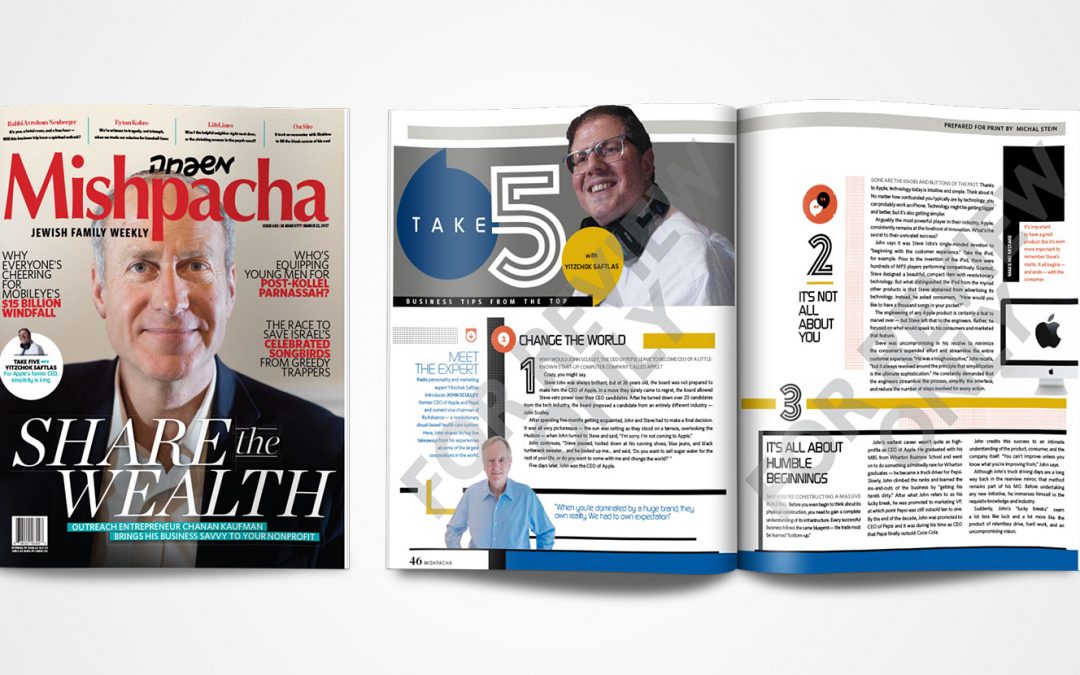 WHY WOULD JOHN SCULLEY, THE CEO OF PEPSI, LEAVE TO BECOME CEO OF A LITTLE-KNOWN START-UP COMPUTER COMPANY CALLED APPLE?

Crazy, you might say.
Steve Jobs was always brilliant, but at 26 years old, the board was not prepared to make him the CEO of Apple. In a move they surely came to regret, the board allowed Steve veto power over their CEO candidates. After he turned down over 20 candidates from the tech industry, the board proposed a candidate from an entirely different industry — John Sculley.

After spending five months getting acquainted, John and Steve had to make a final decision. It was all very picturesque — the sun was setting as they stood on a terrace, overlooking the Hudson — when John turned to Steve and said, “I’m sorry. I’m not coming to Apple.”

John continues, “Steve paused, looked down at his running shoes, blue jeans, and black turtleneck sweater… and he looked up me… and said, ‘Do you want to sell sugar water for the rest of your life, or do you want to come with me and change the world?’ ”

Five days later, John was the CEO of Apple.

It’s Not All About You

GONE ARE THE KNOBS AND BUTTONS OF THE PAST. Thanks to Apple, technology today is intuitive and simple. Think about it: No matter how confounded you typically are by technology, you can probably work an iPhone. Technology might be getting bigger and better, but it’s also getting simpler.

Arguably the most powerful player in their industry, Apple, consistently remains at the forefront of innovation. What’s the secret to their unrivaled success?

John says it was Steve Jobs’s single-minded devotion to “beginning with the customer experience.” Take the iPod, for example. Prior to the invention of the iPod, there were hundreds of MP3 players performing competitively. Granted, Steve designed a beautiful, compact item with revolutionary technology. But what distinguished the iPod from the myriad other products is that Steve abstained from advertising its technology. Instead, he asked consumers, “How would you like to have a thousand songs in your pocket?”

The engineering of any Apple product is certainly a feat to marvel over — but Steve left that to the engineers. Rather, he focused on what would speak to his consumers and marketed that feature.

Steve was uncompromising in his resolve to minimize the consumer’s expended effort and streamline the entire customer experience. “He was a tough executive,” John recalls, “but it always revolved around the principle that simplification is the ultimate sophistication.” He constantly demanded that the engineers streamline the process, simplify the interface, and reduce the number of steps involved for every action.

It’s All About Humble Beginnings

SAY YOU’RE CONSTRUCTING A MASSIVE BUILDING. Before you even begin to think about its physical construction, you need to gain a complete understanding of its infrastructure. Every successful business follows the same blueprint — the trade must be learned “bottom-up.”

John’s earliest career wasn’t quite as high-profile as CEO of Apple. He graduated with his MBS from Wharton Business School and went on to do something admittedly rare for Wharton graduates — he became a truck driver for Pepsi. Slowly, John climbed the ranks and learned the ins-and-outs of the business by “getting his hands dirty.” After what John refers to as his lucky break, he was promoted to marketing VP, at which point Pepsi was still outsold ten to one. By the end of the decade, John was promoted to CEO of Pepsi and it was during his time as CEO that Pepsi finally outsold Coca-Cola.

John credits this success to an intimate understanding of the product, consumer, and the company itself. “You can’t improve unless you know what you’re improving from,” John says.

Although John’s truck driving days are a long way back in the rear-view mirror, that method remains part of his MO. Before undertaking any new initiative, he immerses himself in the requisite knowledge and industry.

Suddenly, John’s “lucky breaks” seem a lot less like luck and a lot more like the product of relentless drive, hard work, and an uncompromising vision.

HOW CAN ONE PRODUCT STAND OUT IN A SATURATED MARKET-PLACE? People are attracted to “aspirational products,” John explains. That is, they enjoy the experience associated with the product more than they do the product itself.

Pepsi’s challenge? It was outsold ten to one. The solution? Their advertising had to target the user, rather than the product. John elaborates, “When you’re dominated by a huge brand — at that point Coca-Cola was the world’s most valuable brand — they own reality. We had to own expectation.”

Think about the best advertisement you’ve ever seen. It made you feel something, evoked some sort of visceral reaction. When you inform consumers of how great your product is, they have no way to distinguish between your products and the thousands of other “life-changing” products out there.

With that in mind, John created the “Pepsi Generation,” a motivational campaign geared toward the generation of baby-boomers. The baby boomer generation was the first generation of affluent consumers. People had a little extra money in their pockets and weren’t quite sure what to do with it. The campaign captured the hearts and minds of that demographic — they simply had to “Come Alive!” Suddenly, the company represented so much more than a soft drink; Pepsi symbolized freedom and vigor and life.

The Pepsi Challenge, the legendary blind taste test between Pepsi and Coke, incorporated these newfound rules of marketing. “When we created the Pepsi Challenge, we realized we had to sell the experience, not the product,” John explains.
Don’t limit the shelf life of your product by boring your customer with its details. Touch them emotionally; then they’re yours forever.

Embrace Your Noble Cause

IT’S LIKE YOUR PARENTS ALWAYS TOLD YOU — IT’S NOT ALL ABOUT MONEY. In fact, John affirms that if you really want to strike it rich, it can’t be all about money.

John recalls overhearing an extraordinary conversation between Bill Gates and Steve Jobs. The two of them were discussing their “noble cause,” John says. “Bill and Steve used to fight a lot,” John maintains, “but the one thing that they agreed on is that they could change the world, one person at a time.” It was their “noble cause” that propelled them toward their unparalleled success.

It is this noble cause that motivated John to take on his latest venture — RxAdvance and it is this that he is most passionate about. RxAdvance is a cloud-based health care system that utilizes cutting-edge technology to revolutionize health care.
If there’s one thing that all of America can agree on, it’s that our health care system leaves a lot to be desired. In fact, avoidable medical costs today exceed $700 billion. Health care is a $3 trillion industry, rife with both political contention and bottomless potential for innovation. However, John feels confident that this problem can be fixed “with a little American ingenuity.”

RxAdvance seeks to transform the complex health care system, with its infinite policies and regulations, through ground-breaking technologies. It will use cloud-based computing and data analytics to redesign the health care industry and dramatically reduce its costs by hundreds of billions of dollars. (Yes, you read correctly — that’s hundreds of billions of dollars.)

Only in its second year of business, RxAdvance is already a resounding success. By the end of its second year it will have generated $5 million in revenue and predicts over $10 billion in revenue by the end of 2020. Those staggering numbers and extraordinary results can only exist if you inject heart into your dollars-and-cents operation.
Steve Jobs and Bill Gates might have known a thing or two about making money and they certainly knew that ambition for its own sake will only take you so far. But imbue your work with meaning and purpose, and the sky’s the limit.